HOW DO YOU HANDLE CRITICISM AS A LEADER WITHOUT SENTIMENTS ?
Be sensitive to know where it is coming from. A good place or bad place? Positive or negative? You are a professional. Knowledge is power….KNOW
Some say leave negative criticism and take only the positive. Question is how do you define both? Do you define it based on the person who is giving it? Meaning if you don’t like the person it is negative and if you are on good terms it is positive..? WRONG! Take on all criticisms and evaluate them.
DICTIONARY The noun criticism is most often used to describe negative commentary about something or someone, but it’s just as correct to use criticism to mean “an examination or judgment.” Critics who review books and movies consider their reviews to be criticism, whether they’re positive or negative.
ACTIVELY SEEKING FEEDBACK is asking to be criticized and when you do so joyfully, with an open heart you are READY to hear what people THINK about what YOU think is awesome!. Are you ready? Take them on …EVALUATE.
What they say, you should align with the vision of what that thing was set up for and if it is actually doing so (Give the example of museum in Kenya or Uganda….vision of the museum locked in a box to be opened in 2030 to see if by then it aligns with the present practices )
So cricisms or feedback helps you go back to your WHY…..WHY AM I DOING THIS? Once you have your answer , the next question is WHAT NEXT? That means your ACTION PLAN
I believe your action plan would be to formulate a starategy to help you go back to your WHY or decide to include more factors into your WHY
As a leader when criticized …
A) Simple !!! don’t down play it. You may not think it is a big deal but it must be if it is raised.
B ) Stop the excuses already!!! If someone has the courage to tell me my presentation was terrible instead of wasting time explaining that I needed more time to prepare or I didn’t know who I would be speaking to…
Instead, I’ll ask why he thinks it was terrible then I’ll listen carefully.
C ) Excuses block your brain from THINKING ….Have you stopped? STOP IT!
Take the criticism and ask how best you can deal with that situation next time if you can’t figure it out.
D )Don’t justify a criticism , but explain if it isn’t within your purview. I.e if you didn’t do something please say so …defend yourself where necessary
But in general, be open to learn. Someone once said that If you are always right all the time then maybe you are letting your ego take the best out of you.
E )Don’t push the issue raised aside Recognize that it’s there, accept it, face it don’t shift the blame.
The blame game has never been helpful (Adam and eve)
When we shift blames we act like children. Leaders take ownership of their faults and even that of their team members.
#Extract #Criticism #Leaders #WorkPlace #TeamWork 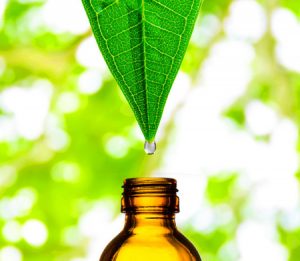